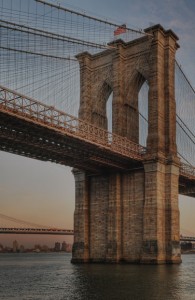 2The literary pulse of the nation begins and ends in New York. That’s a bold statement but this is a bold place. Holden Caulfield, Jay Gatsby, Dean Moriarty and Michael Corleone have all walked the streets in Manhattan, while staying at Hotel Five44 is possible to walk the same streets as these icons. 20th century literature is alive and well in New York. It is a place that inspires creativity and some of the best writers in the recent canon have used the backdrop of the city.

For all intents and purposes, New York City is the center of the publishing universe. Billions of dollars are funneled through the various publishing houses. To make it as a writer, a common dream is to live in poverty in New York and write the next great American novel. J.D. Salinger took what he knew from his upbringing in Manhattan and spun it into the definitive novel of youthful rebellion. As J.D. before him, Jack Kerouac wrote “On the Road” on one long scroll of paper, cementing his legacy as the creator of what could be considered an American classic.

Authors have long been attracted to the city and the success of previous scribes fuels the mythology. The theatre district is a common target for those ambitious enough to put together a play. Sadly, it is the rare individual that gains literary accolades in New York City. Lovers of the written word can spend days exploring the significant locations in their favorite novels. The Hotel Five44 is the perfect spot to begin that expedition.

Don't Take Our Word For It, Our Satisfied Clients Say It All

Check out the testimonials from our happy customers below