We have been discussing music and one area of New York City that we haven’t explored is the magical Greenwich Village. The thing about visiting Manhattan is the history that is so prevalent in the area. If Times Square is the prestigious “Crossroads of the World” then Greenwich Village is the wild little sister. The history that abounds in the area is legendary and the story of America. Most of us are very familiar with the romantic notion of immigrants looking over at the Statue of Liberty from the deck of a ship, the promise of a new life in the west. To experience a part of this history, bring yourself to us at Hotel Five44 for a getaway in the city. We offer an exceptional lodging experience with the causal proximity to Times Square itself. 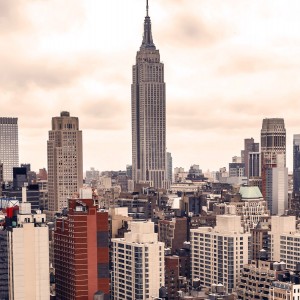 However, The Village is where all of the counterculture of New York City has its roots. Beginning in the early days of this great city, artists, poets and musicians have found the Village to hold an inspirational quality. All of the great ones have made their way through here at one time or another. The 20th century masters of Jackson Pollock, Salvador Dali and Andy Warhol all frequented the area. The canon of American literature could have been plucked from the minds of the great authors who wandered in and out of The Village. Some of them, never made it out like the great Dylan Thomas who drank himself to death amidst the bright vibrancy of The Village.

The Beat movement held court in The Village with writers such as Kerouac, Ginsberg and Burroughs, long-dead poets that lived their youth in The Village. The Folk music scene gave birth to legends like Bob Dylan, Pete Seeger and Joan Baez. When you join us at Hotel Five44, you can experience the history of New York.

Don't Take Our Word For It, Our Satisfied Clients Say It All

Check out the testimonials from our happy customers below